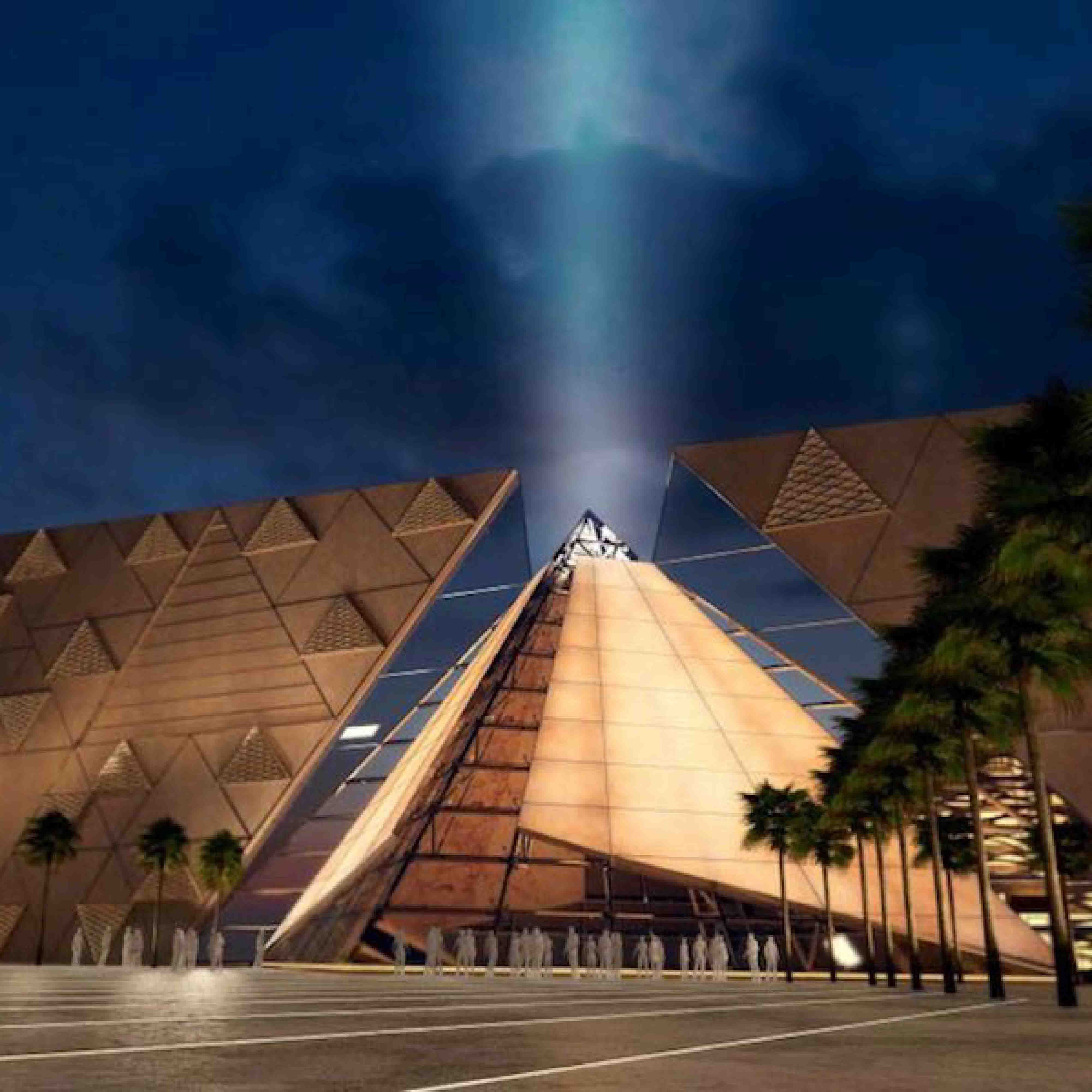 The Grand Egyptian Museum (GEM), also known as the Giza Museum, is a planned museum of artifacts of ancient Egypt. Described as the largest archaeological museum in the world, the museum is under construction and is scheduled to be partially open in 2018. The museum is sited on 50 hectares (120 acres) of land approximately two kilometers from the Giza pyramids and is part of a new master plan for the plateau.